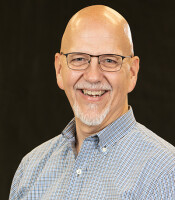 Alan has been with Burnt Hickory since March, 2019. His desire for Adult ministries at Burnt Hickory is to be effective in leading people to make disciples and to live missionally.

He previously served as a State Missionary with the Georgia Baptist Mission Board serving in the areas of Sunday School, Discipleship and Church Administration, 2000-2019. Alan also has served eight churches in interim Minister of Education and administration. Prior to serving Georgia Baptists, he served for 15 years as a minister of education, and other staff ministry roles in churches in Georgia and North Carolina

Alan and Paula Chapman Folsom were married August 8, 1987. They have  been blessed with three children:  Luke & Jacque have their two grandsons, Isaiah and Judah and number 3 expected in April 2020; Kelly is a Nanny and student at Kennesaw State University and will be married in December 2019; Curtis, is a junior, majoring in accounting at the University of GA.

Alan earned the Doctor of Ministry Degree in Evangelism and Church Growth from the Billy Graham School of Missions, Evangelism and Church Growth, The Southern Baptist Theological Seminary, Louisville, KY, in May 2008. He received the degree of Master of Divinity with Christian Education from Southeastern Baptist Theological Seminary in Wake Forest, North Carolina in 1988.  He earned a degree of Bachelor of Business Administration, in Personnel and Industrial Relations from Georgia State University in Atlanta, GA, 1984.

He is a native of Georgia, growing up in Jackson and has resided in Woodstock, GA since 1994.